The Nevada section of the Society for Range Management is a member-dependent professional organization that brings together multiple sectors of the rangeland management community to provide leadership for the stewardship of rangelands based on sound ecological and socioeconomic principles. Our goal is functioning and sustainable rangelands for the future.

Don't know anything about the Society For Range Management?  Check out this Video.

Can’t wait to see you! 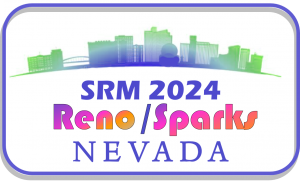 It is with a heavy heart that we share the passing of our friend Dr. Robert “Bob” Blank

I am sad to share the news that Dr. Robert “Bob” Blank, passed away on August 18, 2021, at the age of 70.  Dr. Blank was a Research Soil Scientist for over 34 years with the USDA-ARS-Great Basin Rangeland Research Unit (GBRRU) in Reno, NV.  After retiring in the fall of 2018, he stayed on as a part-time consultant and mentor for the unit and the University of Nevada-Reno.  Bob will be remembered by all who knew him as an excellent husband, father, grandfather, mentor, and most of all, an Agronomist/Soil Scientist, who was passionate about his research, and one who could think outside the box.

Bob was born and raised in Milwaukee, WI.  After graduating from High School, he went on to pursue a Bachelor of Science in Soil Science at the University of Wisconsin, a Master of Science in Soil Science from the University of Idaho, and a PhD in Soil Science from the University of Idaho.  He began his USDA career as a GS-7 with the Soil Conservation Service in Huron, SD from 1974 to 1981, then working as a graduate student with the University of Idaho, Department of Plants, Soils, and Entomology from 1982-1986.  Following his graduate studies, Bob moved his family to Reno, NV and started his work with the GBRRU. After his retirement, he continued to work on soil related issues throughout the Great Basin as an Emeritus Scientist.  Bob’s areas of research expertise included Great Basin pedology, plant-soil relationships of invasive plants, physio-chemical mechanisms by which perennial grasses suppress invasive annual grasses, fire ecology, and repeated photography for ecological assessment.

Over the years, Bob was an active member of the scientific community, presenting at more than two dozen Society for Range Management and Soil Science related meetings.  He presented many times at the Nevada Section Society for Range Management winter meetings and conducted field tours.  He served on the Society for Range Management’s Global Change and Rangelands Task Force.  He published over 200 papers, which were diverse and encompassed the broad areas of Fire Ecology, Pedology, Plant-Soil Relationships, Weed Ecology, and Riparian Ecosystems.  He is the recipient of Editor’s Citation of Excellence for Associate Editor, Soil Science Society of America, and a Nevada Sustained Achievement Award for outstanding achievement in science and engineering.  He served on RPES panels from 1998 to 2007 and as Location Coordinator at the GBRRU in Reno, NV from 1997 through 2002.  Bob also served as Adjunct Faculty with the Department of Natural Resource and Environmental Sciences at the University of Nevada, mentoring dozens of graduate students.  He was invited on numerous occasions to be a guest speaker for classes at the University of Nevada-Reno, provided hands-on training on laboratory procedures, and hosted field trips.

The Nugget has always supported Nevada Rangelands, SRM and now Range Camp!  Thank you for all you do !

Check out “The Art of Range” Podcast

find the podcast under our Resources Tab at Links  or (here)